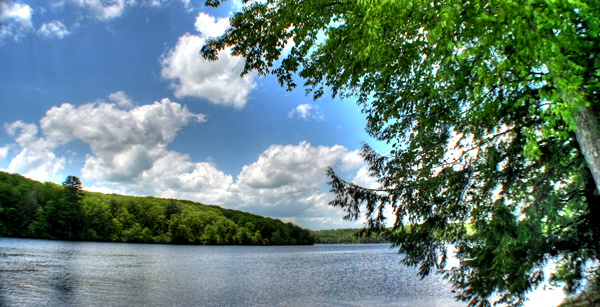 Solitude/privacy: 5
Environment & Nature: 5
Available Activities: 3
Staff & Park Officials: 5
Accessibility: 4.5 (if you can get through hippies and not run any of them over!)

This park is amazingly beautiful!

The lake, the forests, and the rest… I couldn’t ask for more. Keep in mind this is just a regular state park with no campgrounds (at least none that I know of).  The park offers no official trails but people still tend to take a hike through the woods and so should you!  The main entrance leads either onto the beach or the dock.  On any given day I’m sure the beach is packed and loud.  The park offers a few (about 4-5) picnic tables and about 3 charcoal grills next to the beach/lake area, so if that’s what you intend to do get there early, otherwise you’ll be stuck on top of the slope away from the beach and next to the road. Sadly the park offers only two choices when it comes renting a mode of water floating transportation: a paddleboat for two and row boat for five – not kayaks or canoes . Pets aren’t allowed in them either, which I found lame… but whatever.

The dock is a perfect place to fish from on a quiet day.

On the weekend however, the traffic of people loading and unloading fish boats and kayaks is intense and the noise from the beach reflects less of a serene get away, and more of a kindergarten atmosphere.  So, this brings me to why you should go through the woods away from the noise and into more serene area… that’s what I did!  Aside from escaping into a more calm area, I found the water to be warmer near the woods rather than on the beach.  I would however suggest, if you are an experienced swimmer and plan to drift into deep waters, get away from the beach view as far as possible — otherwise the annoying teenage lifeguards will wake the dead with the megaphones and yell at you.  Do keep that in mind for the rest of us!  Thanks

So what about the hippies?

This park is located in Bethel Woods, NY – the original Woodstock Festival sight.  During this trip to the Lake Superior I encountered many of the 60′s creatures camping out on Dr. Duggan Rd  (off of 17B) in the old-fashioned tent & station wagon shantytown.  Apparently Phish was in town for a 2-3 day outing, so I doubt it’s like that for the rest of the year.  It was a very pleasant surprise and one of those life experiences that are a must.

And a fine catch for two: 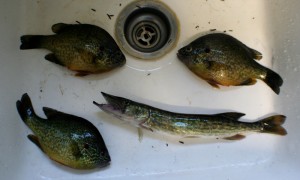 (also known as Seashore State Park) is a pretty cool park located right on beautiful Virginia beach. Don’t expect any solitude/privacy because the campsites are on top of each other (literary). I was woken up at 6am by my neighbor, 4ft away from my tent, packing up his truck. The only reason why I gave it a 1 was because some other sites on this campgrounds seem to have a bush or two in between them.

do not have any dry wood around.  I was forced to go up to the camp store (that closes at 9PM) and buy 2 overpriced bundles.  Thankfully the park doesn’t have any ticks but the ranger told me they do however have  chiggers. I found that out after I went into the woods trying to get some free dry wood. 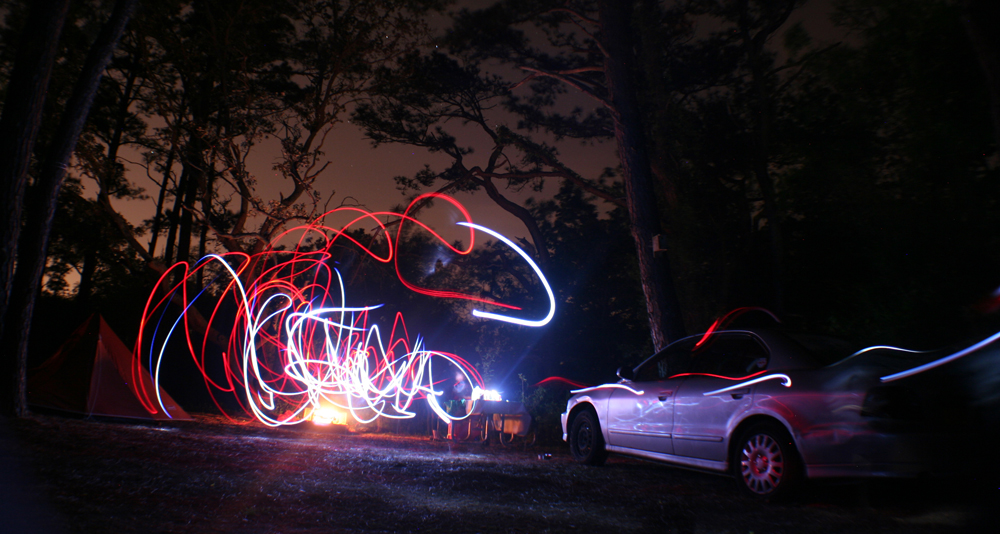 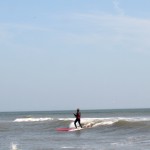 boating, swimming, nature and history programs, hiking, biking, picnicking, a boat launch, cabins and 20 miles of trails.  My
favorite activity was the beautiful clean beach.  Instead of hiking to it through the campground, we decided to drive a little farther down and park in the residential area.  Once we got to the beach it was quiet and empty, even though it was well over 80°F out — probably because it was Monday morning.

Accessing the park is very simple.  It’s 5 min off of the Chesapeake Bay Bridge and Tunnel. 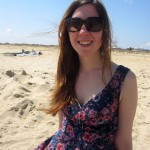 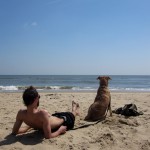 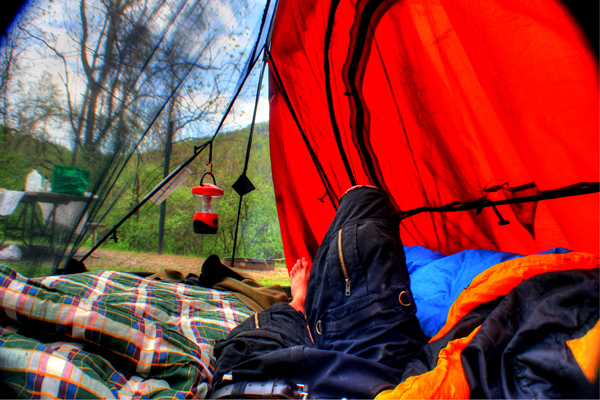 This campground is located 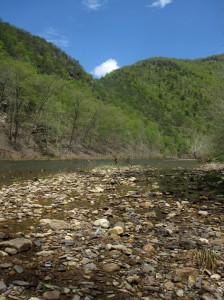 on the Potomac River in Smoke Hole Canyon.  It’s a bit of a tricky place to get to but once you do you won’t want to leave. They offer fishing, hunting, kayaking, water tubing, and some trails to be tackled. We got there at 2 o’clock in the morning, exhausted from our travels; the camp hosts were already asleep and we didn’t want to disturb them.  We took a ride around the first level of the campground and the loop was filled with RVs & Mobile Homes which made me wonder if we were at the right place.  Once we exited the loop we found out there was a road going up to other levels, so we took it and grabbed one of the first spots that were available.  We quickly set up and went to sleep.  In the morning we heard an ATV pull up to our tent and a voice of a woman emerged asking us if we were awake.  It was the camp host.  She was very sweet and polite, thanked us for not waking her in the middle of the night and told us the amount due for the spot per night ($18).

The check out time was 1pm. 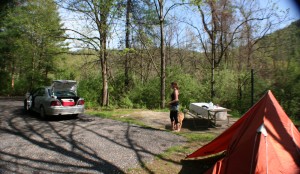 It gave us plenty of time to enjoy the beautiful nature.  Smoke Hole Canyon is connected to the George Washington National Forest so the scenery is incredible.  The campsites were not on top of each other (which made me happy, even though it was Tuesday and no one else was camping out near us).  Each site was connected to the main camp road with driveways and separated with thick bush and trees.  If we had any neighbors, we would not see them nor probably hear them that much.

Although we were staying there 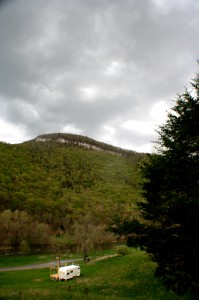 only for a few hours and since it was pre-season time, we did not get a chance to do any of the activities, but judging by the environment, activities like fishing or kayaking would have been incredible.

Getting to the park, however, was a tricky situation.  The first half of the road was very curvy and mountainous (a lot of up and downs)… kind of made me sick   The second half was a lot worse – it was gravel road (about 5 miles).  Gravel is not necessarily bad but it was so bumpy, I couldn’t do more than 12 mph and in some spots 5 mph seemed too fast.  There were parts where I feared for my 10 year old car.  On the way back, we were going during the day and the nature was beautiful.  Even though it was such a bumpy road, it was totally worth it.